Local authorities are fighting back in the war against fly-tipping. Dr Jane Beasley and Ray Georgeson take a closer look at the approach two such authorities, from Greater Manchester, are taking to in their battle to stop fly-tipping.

GC Business Growth Hub are supporting Dsposal who have conducted a study on waste crime in Greater Manchester. The research, conducted by Beasley Associates Waste Management Consultants UK and RGR, aims to assess the costs of waste crime in the region, considering why and how waste crime happens and opportunities to intervene. The project is supported by funding from the Greater Manchester Combined Authority and the European Regional Development Fund (ERDF).

In our first two articles in this series, (Greater Manchester Residents Find Waste Crime Hard To Avoid and Whose Responsibility Is Rubbish Anyway?) we introduced you to ‘Dave and Maxine’, our alter-ego friends in Greater Manchester, trying to do the right thing but finding it very difficult as unscrupulous operators sow seeds of confusion in the minds of the public who, even if well-intentioned, continue to have a tendency towards taking the cheap and easy options to get rid of their waste and turn a blind eye to their legal responsibilities. Our second article tested this proposition further by commissioning a more systematic and comprehensive assessment of public awareness of and attitudes towards their legal responsibilities when moving waste, finding low price, convenience and availability were considered important, even seemingly at the expense of their legal responsibilities.

This third and final article in the series examines the response by two local authorities in Greater Manchester, in tackling the problem of fly-tipping head on and attempting to bring about longer-term behaviour change.

In 2016/17 Bolton collected 962.06 tonnes of fly-tipped waste from just over 2,000 reported incidents, excluding an additional 105 reports of fly-tipping incidents on private land. The cost of clearance was £146,889 and 1,797 enforcement actions have been taken at a cost of £59,323. Whilst a spend of just over £200,000 is not something that any authority wants to be making in clearing up the mess left by others, Bolton is seeing real progress in the war against fly-tipping; compared to previous years there has been a significant reduction in the number of incidents they have had to deal with1. One of the reasons for this change has been the adoption of a zero-tolerance approach to fly-tipping through concerted education and enforcement actions. This has had a direct impact on the total number of fly-tipping incidents which have been steadily reducing, and clearly the authority has benefited from reduced costs normally associated with investigation, clean-up, and disposal. The predominant challenge in Bolton has been fly-tipping in back alleys and addressing the long-held belief by residents that the council will automatically come and clean up any litter or rubbish dumped there has been a priority for action. This has involved a significant re-education and behaviour change programme, building on previous initiatives over the last 10 years such as the Love Bolton Hate Litter campaign, with hard hitting image based promotional material focusing on the ‘Your Waste Your Responsibility’ message. In addition, a 2-year funded trial paid for through a one-off revenue funded stream of £1.3m has seen the development and deployment of new behaviour change teams into front line services. Recruited from existing council employees, five teams of three operatives have been put in place to work across Bolton and proactively target fly-tipping. Each team has a Lead Enforcement charge-hand whilst the other two members focused on education, awareness raising and clean-up. The trial operated across Bolton from 2015/16 to 2017/18 with the Behaviour Change teams enforcing policy and issuing Litter Fixed Penalty Notices (FPN) for smaller items dumped in back alleys and more serious fly-tipping incidents being dealt with either through a £400 FPN or full prosecution. A high proportion of FPNs issued are paid; in 2016/17 66% of FPNs were paid, which is significant when compared to other Greater Manchester authorities who are using this approach to deal with fly-tipping2. During the trial the Behaviour Change Teams issued around 800 fixed penalty fines for fly-tipping offences.

Behaviour Change will win the war

The work of the Behaviour Change teams in talking to residents, educating and informing and the well-publicised successful prosecutions against individuals convicted of fly-tipping offences is seen to be serving as a deterrent to occasional and opportunistic fly-tippers and demonstrating that the zero-tolerance approach by the authority is being adhered to. This approach has seen a dramatic transformation in the condition of Bolton’s back streets and alleyways.

Now the trial has come to an end the decision has been made to retain the Behaviour Change Teams and incorporate them into core frontline services as standard. The costs associated with this are the redirection of resources from fly-tip removal to enforcement and are expected to be more than offset by a reduction in costs associated with fly-tipping and also lead to high levels of public satisfaction through cleaner neighbourhoods. Building on this approach the decision has also been made in recent weeks to train the four recycling officers to be able to issue Section 46 notices where residents are found to be presenting side waste or deliberately hiding waste in recycling bins.

The approach has also led to residents taking responsibility for 2,379 incidents of fly-tipped waste as a result of being challenged by the Behaviour Change teams with an estimated value of over £100k of waste diverted from the Council’s disposal costs.
For Bolton, this front-line approach to target fly-tippers head on, has started to make a difference. The innovative approach of combining operations and enforcement activities has been a major success, both in a reduction of fly-tip tonnage and a sustainable move in changing people’s behaviours towards their local environment.

Salford has many similar challenges to Bolton, specifically back alley fly-tipping, however the focus of this case study is their response to the significant number of incidents of fly-tipping on highways and council land. In Salford the waste teams are responsible for addressing the problem of household and commercial waste presented inappropriately, specifically the presentation of side waste, whilst Salford City Councils lead Environmental Crime Investigations Officer, is focused on finding evidence to tackle opportune and organised waste crime resulting in localised fly-tipping in and around the Salford area.

In 2016/17 Salford collected 1,401 tonnes of fly-tipped waste from just under 3,000 reported incidents. The cost of clearance was £169,615 and 106 enforcement actions have been taken at a cost of £6,050. Again, whilst a spend of just over £175,000 is not something that any authority wants to be making in clearing up the mess left by others, Salford is also seeing real progress in the war against fly-tipping; as with Bolton compared to previous years there has been a significant reduction in the number of incidents they have had to deal with3. With limited resources but a strong council led desire to crackdown on fly-tipping, Operation Pandora, which was launched in March 2014, is one of the reasons for this change. The purpose of the campaign is to provide a coordinated response to addressing fly-tipping in Salford and raise the profile of prosecutions as a deterrent. The campaign is well supported by local media and by the council, with plenty of ‘air time’ being given to the outcomes of prosecutions.

Operation Pandora - Salford's push on the War on Fly-Tipping

Central to Operation Pandora is the relationship between the Environmental Crimes Investigations Officer and Salford’s Central CCTV team. Previously when reports of fly-tipped waste were received, it was a painstaking process to secure evidence from the waste itself and any supporting witness statements in order to identify those responsible. In addition, evidence of this nature was not guaranteed to secure a prosecution. However, with the use of video footage of those actually undertaking the fly-tipping, that evidence is hard to contest. There are up to 140 CCTV cameras located across Salford, plus 10 mobile cameras which can be used for targeting hotspots in and around Salford. These cameras are monitored 24/7 by a team of operators, and the working relationship that has been built up by the Environmental Crime Investigations Officer with the monitoring staff has certainly contributed to an increase in the number of successful prosecutions. Sharing intelligence with regard to known and potential hotspots has meant that more focused monitoring can take place and evidence more readily accrued. For the lead Environmental Crime Investigations Officer, feedback to the CCTV monitoring team is crucial, “it’s very much a team effort and sharing in the successes in terms of prosecutions based on evidence they have generated helps support that sense of teamwork and reinforces their value to my work”. 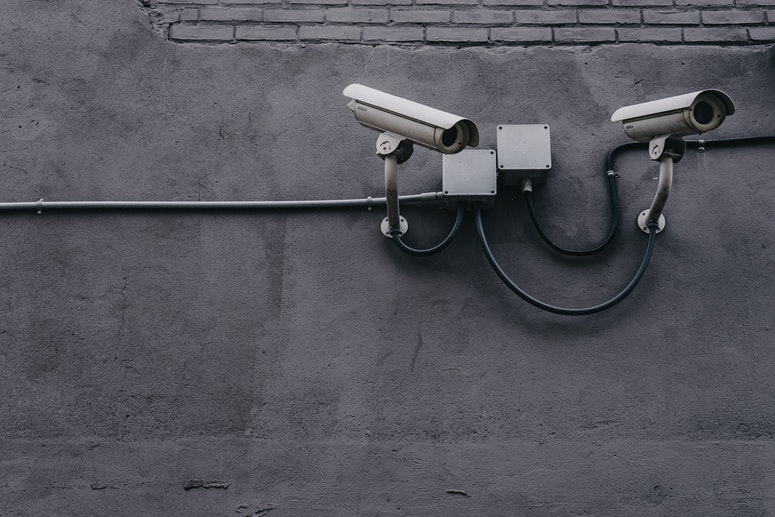 The mobile cameras have been a useful asset, and whilst they cannot be used exclusively for environmental and waste crime, in many cases there is an overlap with the anti-social behaviour teams and a joint request can be made. Costs for locating the mobile cameras includes a one-off fee of £400 plus a monitoring fee £120 a month; however, the business case can usually be made based on avoidance of clean-up costs.

To date Operation Pandora has not lost a case and has resulted in a total of 62 successful fly-tipping prosecutions of 53 individuals. Fines, costs and victim surcharges total £55,759.99 to date and in terms of individual fines a large proportion are in the £1k to £2k range4. Local and national news coverage of the work and outcomes of Operation Pandora has ensured that the message is constantly out there that if you fly-tip in and around the Salford area, every effort will be made to generate the evidence and there will be a prosecution.

What is clear from both these case studies, is that the battle against fly-tipping needs constant vigilance, regular communications and concerted efforts to maintain an enforcement approach that acts as a deterrent. Even with all of this, the revenue recouped through prosecutions and FPNs only goes a modest way to covering the costs of clearance. This will be graphically illustrated in our final project report, due in September. It will raise questions about the extent to which current anti-fly-tipping campaigns need to be deepened and more directly aimed, as well as raise questions about the viability of the Government’s proposed approach to guidance for councils on enforcement under the household waste Duty of Care.

Dr Jane Beasley, director of Beasley Associates Ltd (a waste and resource management consultancy), has considerable experience with the public and private sector. She has been an Associate of Local Partnerships (a Treasury and LGA funded organisation) since 2011, is a Fellow of the Royal Society of Arts, and is a Chartered Waste Manager.

Ray Georgeson was a 1980s community recycler, 1990s Director of Waste Watch and a founder Director of WRAP in 2001, then creating RGR consultancy in 2008. He runs the Resource Association part-time and has non-executive roles with LondonEnergy and Bryson Recycling. He is a founding trustee of WasteAid UK, a Chartered Waste Manager and Member of ISWA.

First released in the September 2018 edition of the Chartered Institute of Wastes Management Journal.

Greater Manchester, like all local authorities and private landowners, struggles to deal w…

Whose Responsibility Is Rubbish Anyway?